The Carl Spain Center on Race Studies and Spiritual Action was founded in 2018 by Dr. Jerry Taylor, Associate Professor of Bible at ACU. Dr. Taylor chose to name the new center after Carl Spain, a legendary figure at ACU whose prophetic voice was a catalyst for change on the campus in the mid 1900’s. At the 1960 ACU Lectures Carl Spain, a Professor of Bible at ACU (then Abilene Christian College), delivered a keynote address entitled Modern Challenges to Christian Morals. In this lecture, he called into question the whites-only admissions policies of Christian colleges such as ACU, and called for integration. The timing of his message came just weeks after an African-American student was denied admission to study preaching at ACC on the basis of his race. As a result of his lecture he was ostracized by many in the church, and his preaching career was left permanently tarnished by those who opposed him. 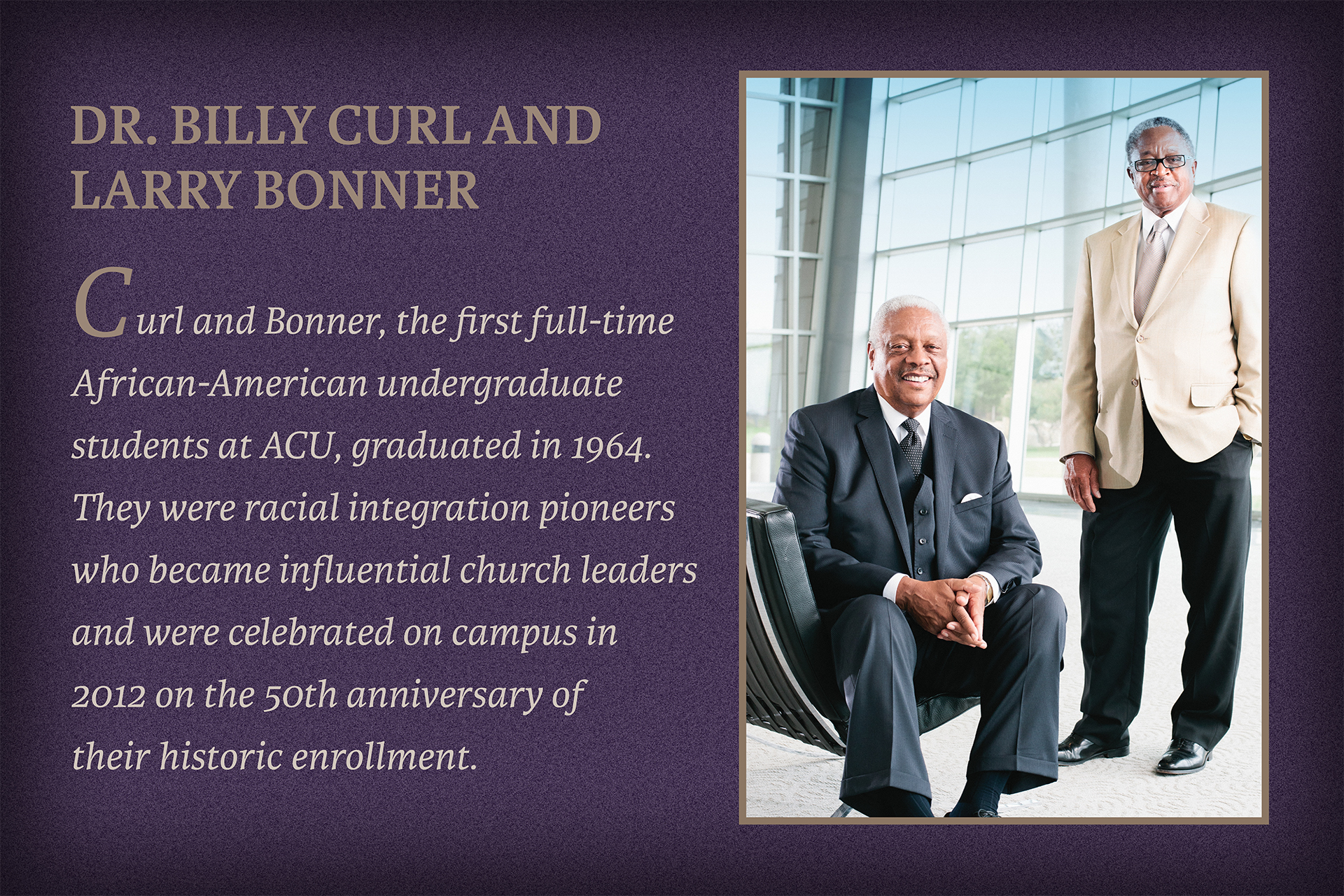 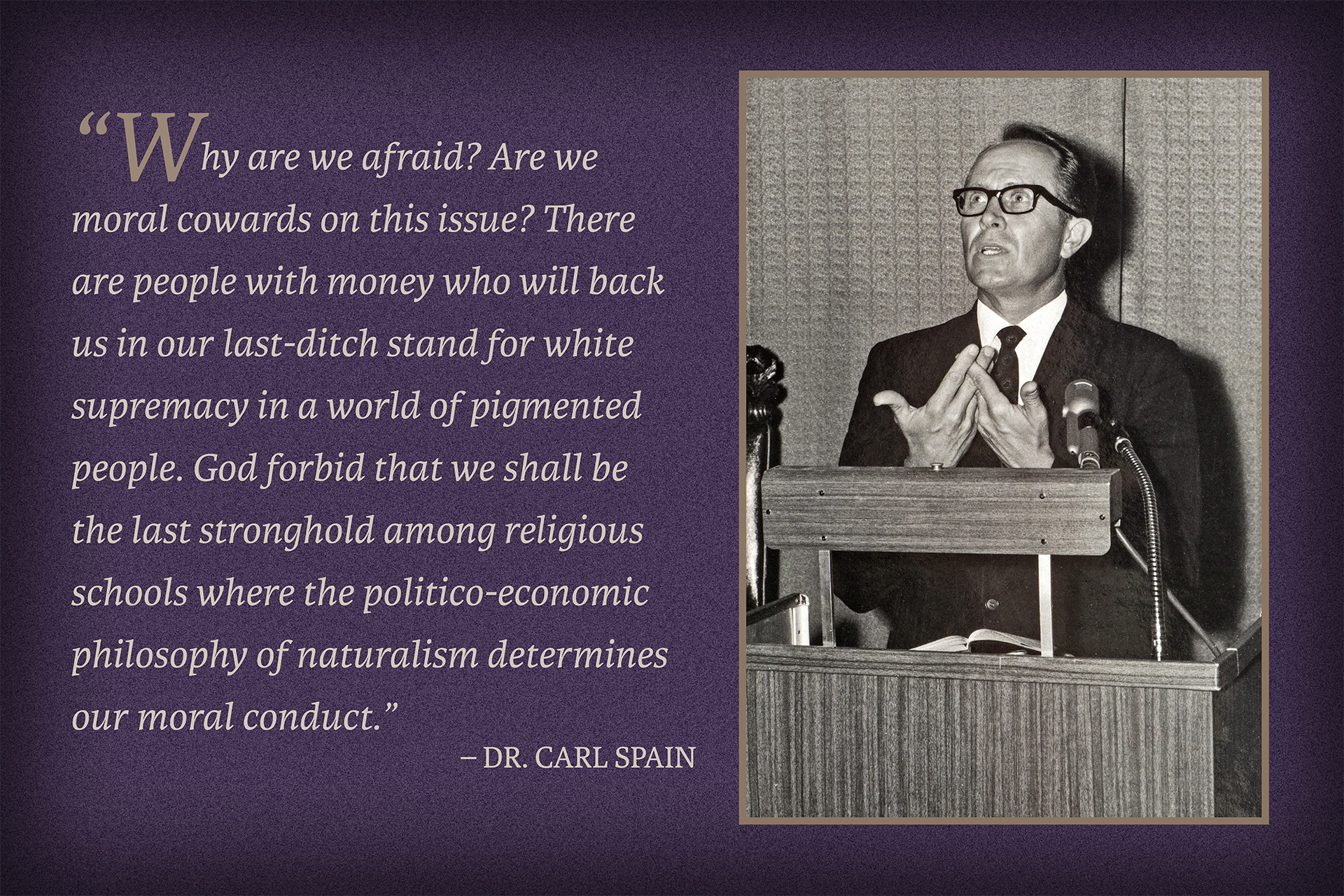 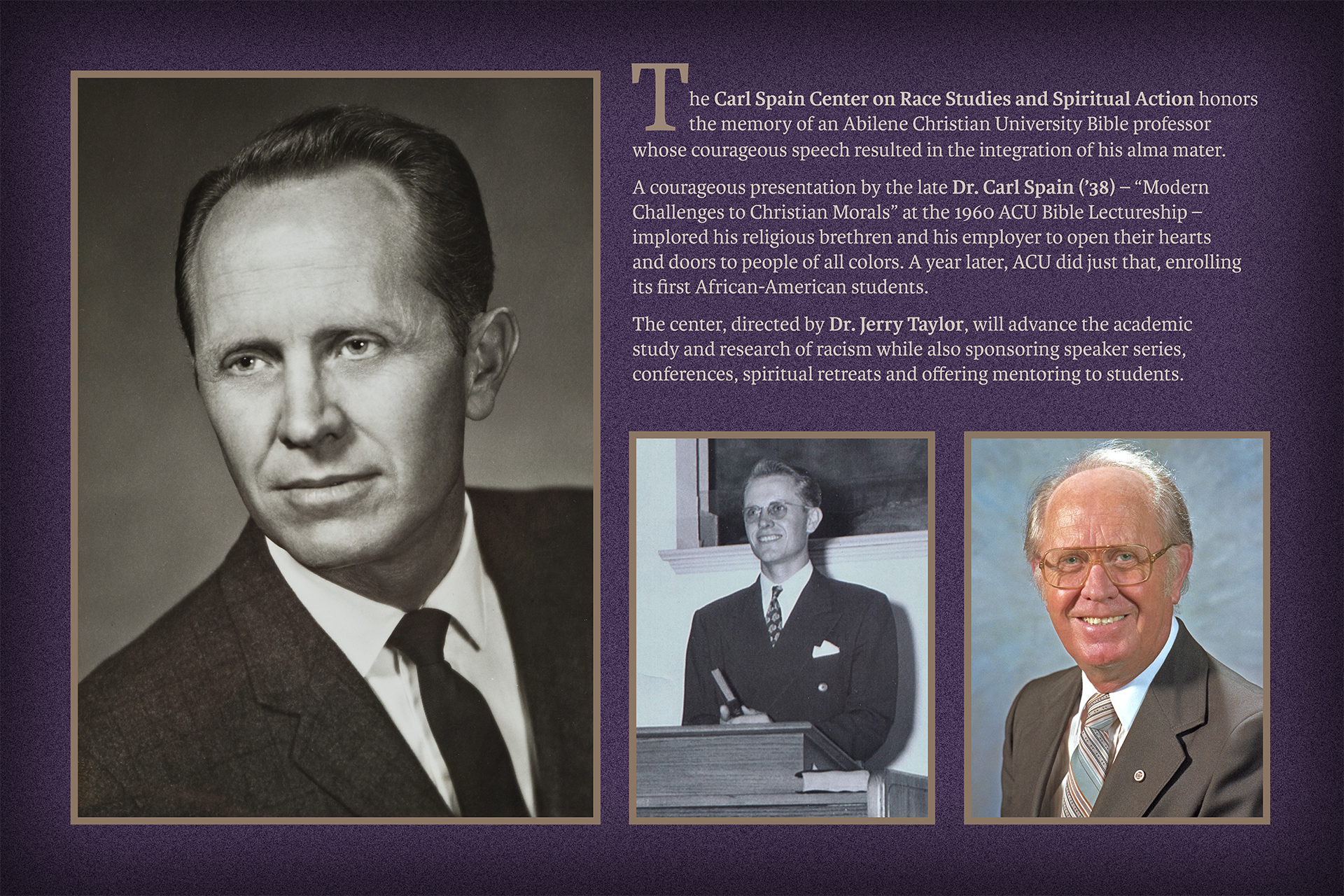 The Carl Spain Center on Race Studies and Spiritual Action was created to honor the legacy of Carl Spain by conducting research on the historical and contemporary role of race and racism in the church and its Christian institutions. The Center heavily emphasizes spiritual formation by utilizing prayer, solitude, biblical meditation, and silence as methods to address racism that is often “spiritualized” in the hearts of Christians.

“The spirit of racism can only be put to rest when people of all races join together in experiencing a renewed “inward orientation.” Genuine social integration is impossible in the absence of a pre-established “spiritual” integration involving the hearts, minds, and souls of the interactive participants.” – Dr. Jerry Taylor, Founder and Director

Dr. Jerry Andrew Taylor, Founding Director of the Carl Spain Center, is Associate Professor of Bible, Missions and Ministry at Abilene Christian University. In 1984 he received a Bachelor of Arts in Bible from Southwestern Christian College in Terrell, Texas. In 1988 Dr. Taylor received a Master of Divinity degree from Perkins School of Theology at Southern Methodist University and went on to complete his doctorate in ministry at Perkins School of Theology in 1995. Prior to moving to Abilene Dr. Taylor and his family served in the Bankhead area of the inner city of Atlanta, Georgia. On top of serving as the Director of the Carl Spain Center, Dr. Taylor travels extensively speaking on college campuses, conferences, and retreats. He is the author of “Courageous Compassion. He has began many initiatives such as the New Wineskins Retreat, the National Freedom in Christ Conference, the Young Scholars Retreat, and most recently the Racial Unity Leadership Summit (RULS) and RULS Spiritual Retreat. He is married to Patricia (Bowden) Taylor formerly of Houston, Texas. They have been married for 26 years and have two children, Alisha (25) and Jeremiah (19). The Taylor family lives in Abilene, Texas.

Tryce Prince, Executive Assistant for the Carl Spain Center, Abilene Christian University (’18) In December 2018, he completed his Bachelor of Science in Sociology from Abilene Christian University. He will soon begin pursuing both his Masters and Ph.D in Sociology, focusing on the intersection of race and religion within the church. Tryce has conducted research on the experiences of Black Millennial males in predominantly White Evangelical Churches and plans to expand on this research throughout his time in graduate school. Tryce is a McNair Scholar, a member of Alpha Kappa Delta International Sociology Honor Society, and a founding member of Nu Kappa Psi mens Social Club at ACU. Tryce’s hope is that his work with the Carl Spain Center and throughout his career will assist the collective body of Christ in taking its place at the forefront of the pursuit of racial unity and justice in the world today.

INVITE THE CENTER TO YOUR CITY

For Your Event or Retreat

The Carl Spain Center on Race Studies and Spiritual Action is committed to the spiritual formation of persons who desire to join God’s ministry of racial healing. By spiritual formation, we mean the “spiritual, intellectual, social, and emotional development” of human beings endowed with the Creator’s image through spiritual practices, scholarly research, and diverse community. Our primary foundation for practices, research, and community is God the Father, God the Son, and God the Holy Spirit.

Spiritual practices or spiritual disciplines are activities or exercises that aim to direct one’s entire mind, body, and soul towards deep engagement with God and interactive sharing of life with others. These practices engage people at both the individual and community levels. By taking part in these practices, we will not only foster substantial social camaraderie with one another, but will also heighten our own intimacy with God that renders us open to the Spirit’s transforming power across the lines of racial distinctions.

Critical inquiry into the subject of race through sound theological lenses requires a deep commitment to intellectual qualities like, humility, open-mindedness, and attentiveness. In this sense, the spiritual life and the life of the mind are not independent of one another but are to be viewed as a unified whole. The Center aims to share its scholarly research by providing materials, educational opportunities, and other relevant resources to any who have a desire to deepen their understanding on race and its function in the church and broader society.

Community is an essential dimension for proper spiritual formation. While some spiritual practices require our individual attention, not all are to be practiced in total isolation. Similarly, critical inquiry and dialogue on subjects like race almost guarantee productive argument. However, as we find value in robust conversation, we also value and prioritize a commitment to one another as fellow human beings created in the image of the same God. The Center will thus provide events that not only foster meaningful dialogue but also serve as a catalyst for deepening the bonds of friendship between people across lines of race.